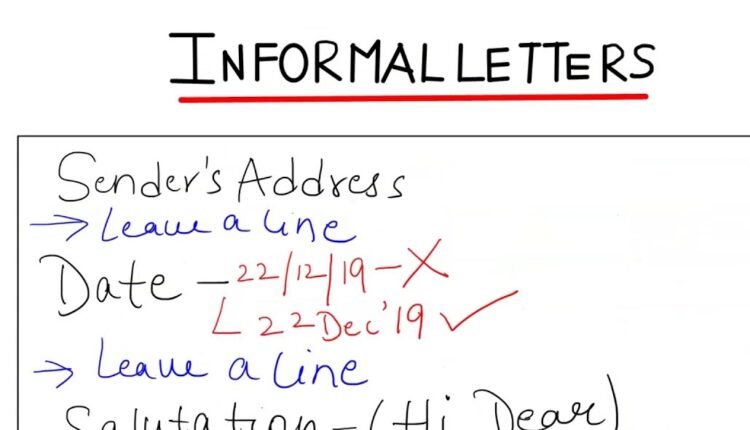 Children love to write informal letters and before talking about what informal letters are or how important they are, let’s talk about letters. Previously the only way to communicate with one another was through letters. When soldiers used to go to wars, it was through letters that they kept in touch with their families. The tradition of writing letters goes back ages. Even in the time where one can get connected with another person within seconds through various social media platforms, letter writing still holds an important place among many cultures.

Another reason why students are taught to write letters at an early age is that it helps them to convey their point of view or express themselves through writing. There are various types of letters, but in this article, you will learn not just how to write informal letter but also know how informal letter writing is important. This article will prove to be advantageous for students who want to send a letter to their friends or grandparents or any other dear person but don’t know how to write one

What is an Informal Letter?

Students can access plenty of examples of informal letters from the BYJU’S website, which they can use for their future reference.

Is Boarding School Right For Your Child?

The Benefits Of Online Pilot Training

The Benefits Of Online Pilot Training

Is Boarding School Right For Your Child?